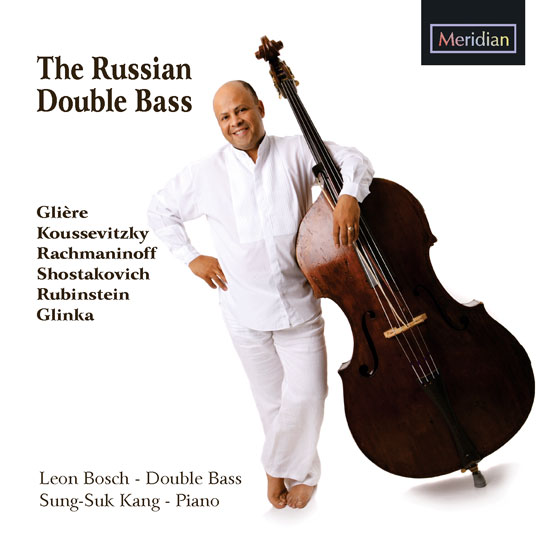 Available now on:
Update Required To play the media you will need to either update your browser to a recent version or update your Flash plugin.

Why Record a Disc of Russian Music?

The Double Bass as a solo melodic instrument has enjoyed a rich heritage in Russia and the USSR and there is plenty of evidence to show for it. However, the true depth and breadth of quality of its players has been obscured in modern times by Russia’s political isolation from Western Europe and the USA. Simply put, if we do not know about it, then it doesn’t exist. How valuable it is to be able to re-visit Russia and recognise the level of aristry and craft within the history of solo bass playing.

“It is the raw emotional power of music which has exercised a vice-like grip over me ever since I first began to understand the meaning of a phrase. Since then, I have been instinctively drawn to music which expresses the kind of tumultuous social history and the associated psychological condition which has so characterised my own personal experience.

South Africa, where I grew up, and Russia may well occupy different hemispheres of our globe, but through their respective turbulent histories, they share an understanding of the concept of tragedy, coupled with the burning expectation of a brighter and more glorious future which can ultimately only be achieved through principled self-sacrifice.

Russian music encapsulates, for me, a veritable roller-coaster of emotions. It can move from the profoundly melancholic to almost unrestrained euphoria, albeit with a sardonic twist, and furthermore has the unerring ability to reach into the deepest, darkest and most turbulent depths of the human psyche.”