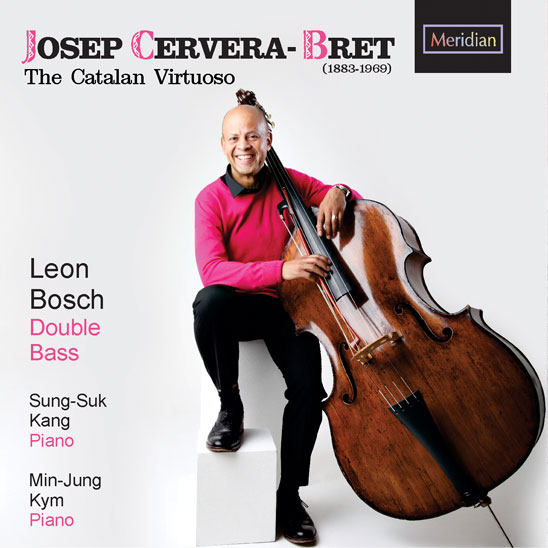 Meridian Records is thrilled to announce the much anticipated release of “Joesp Cervera-Bret – The Catalan Virtuoso”, which may be purchased from I Musicanti Publishing.

The Music of… Rankl, Sprongl, Hindemith

Meridian Records is proud to announce this stunning collection of works by Norbert Sprongl (1892-1983), Karl Rankl (1898-1968) and Paul Hindemith (1895-1963) performed by virtuoso double bassist Leon Bosch and his regular duo recital partner Sung-Suk Kang, which may be purchased from I Musicanti Publishing. 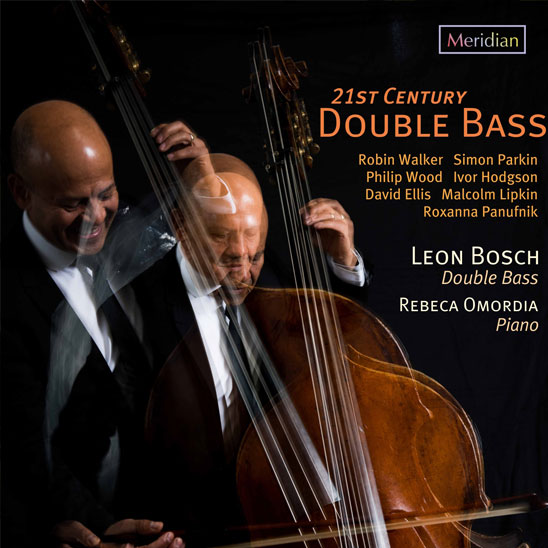 Meridian Records is proud to announce this stunning collection of works performed by virtuoso double bassist Leon Bosch and his regular duo recital partner Rebeca Omordia, which may be purchased from I Musicanti Publishing.

Leon Bosch has been called the Sherlock Holmes of the double bass. And it is true that he enjoys the detective work involved in tracking down and bringing to light repertoire that has been ignored or lost along the way. But since he has also been responsible for bringing many new pieces into existence and recording them for posterity, he might as well be called its Moriarty and Watson too.

Not all the pieces on this recording were written for Leon, although the majority were. And let’s not think of them as crimes either, even though an element of opportunism may lie behind some of them. Typically, a meeting between composer and performer, perhaps fortuitously after a recital or through some intermediary, will involve a discussion about the possibility of a new piece. Before long, a plan comes together, culminating in a first performance at an event like the International Bass Convention or the Swaledale Festival.

The very variety of music on The 21st Century Double Bass is one consequence of this kind of serendipity: it features music by several composers, writing in their own individual way. If anything connects this music, whether it is triumphant or thorny, playful or haunting, it is the unique expressive character of the instrument. That and the artistry of the performers, of course – it is worth noting that this is the first album Leon has recorded with pianist Rebeca Omordia.

The 21st Century Double Bass follows previous recorded surveys focusing on the British, Russian and Hungarian double bass as well as two volumes of The Virtuoso Double Bass. But with decades of the century remaining and Leon unlikely to stop attracting new pieces any time soon, there will surely be more to follow.

“An astonishing recording catalogue in its own right.” – Bass World 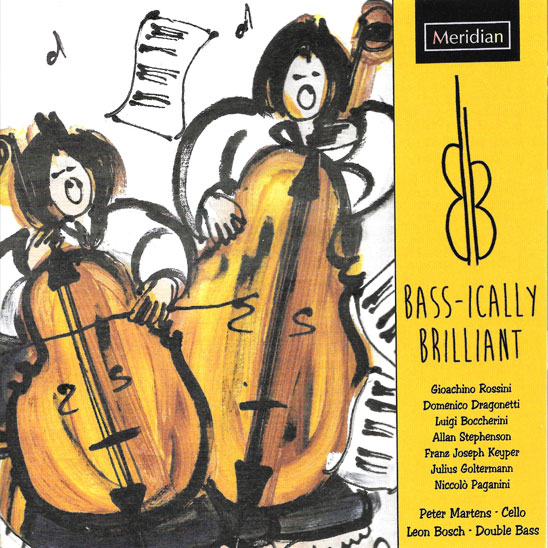 Meridian Records is proud to announce this stunning collection of works performed by virtuoso double bassist Leon Bosch and Peter Martens, which may be purchased from I Musicanti Publishing.

Bass-ically Brilliant, my duo with Peter Martens, is one of my most cherished and enduring musical partnerships. We enjoy an inspirational musical rapport, and this recording immortalises our commitment to the extensive available repertoire, and to the composers who write for us.

Luigi Boccherini
Sonata in B flat,
G.565 for Violoncello and Double Bass 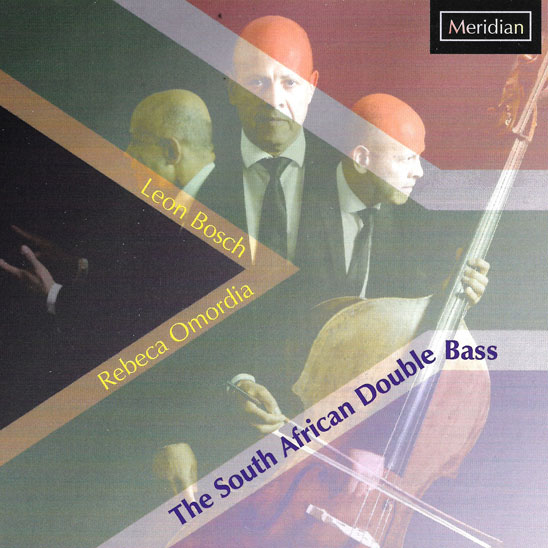 Meridian Records is proud to announce this stunning collection of works performed by virtuoso double bassist Leon Bosch and pianist Rebeca Omordia, which may be purchased from I Musicanti Publishing

For his second release of 2020, Leon Bosch is joined by pianist Rebeca Omordia as he turns to the music of his native South Africa. The South African Double Bass features eight brand new pieces and one transcription, written at Bosch’s request by some of the country’s foremost composers and musicians. The pieces reveal a range of inspirations from Zulu roots, South African jazz, the African landscape….and African.